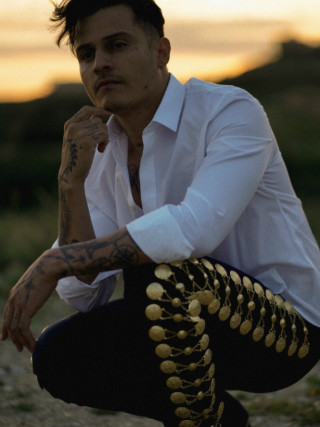 Rafael Valdez was born in Guadalajara Jalisco, Mexico and migrated to the U.S. at the age of nine. After knowing only little of the English language and living in the U.S. Rafael began to express himself through drawing. After developing an incredible artistic talent throughout his childhood, he turned his hobby as a pencil artist into a full-time career as an established tattoo artist. Rafael has since developed a very high end international and prestigious clientele.

In 2013, TV Azteca did a segment on Rafael being an inspiration to the Latin community as an immigrant who overcame adversity and rose to success despite it. He has also been covered by Univision on "Primer Impacto”, Hollywood Life TV, TMZ, Elle, Vogue, Complex, Cosmopolitan, Lipstick, W Magazine, Glamour, Harpers Bazaar, Teen Vogue and various other media platforms across the U.S. and South America.