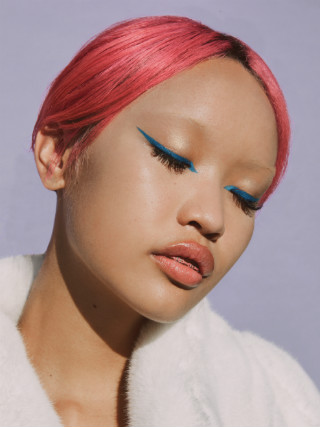 ChinqPink is a rare cut from the rest. She was discovered by none other than Carine Roitfeld of CR Fashion Book. This union has proven to be quite successful as Ms. Pink has garnered quite the following and fans in a short span of time. She has walked for the runway's of Kanye West's Adidas and Phillip Plein in Milan. In addition, her signature pink hair has been shot by Mert & Marcus, graced the cover of Oyestar, starred in Yeezy ads and most recently has had a feature in Paper Magazine.